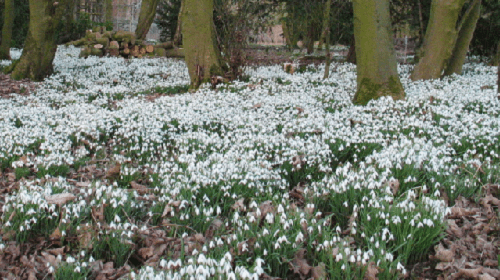 SNOWDROPS AT ANGLESEY ABBEY AND ELY

Break for coffee at the Oxford Services and then enjoy the pastoral, mellow beauty of the rolling Cotswolds as we head to Cirencester for our lunch stop. We spend the afternoon at Colesbourne Park the acknowledged home of snowdrops in Great Britain and described by Country Life as ‘England’s greatest snowdrop garden’. The snowdrops grow in both large swathes of bright snowy white flowers as well as in smaller named groups which allow us to appreciate the different forms. Time for tea at the garden before arriving home by approximately 7.00pm.

SNOWDROPS AT ANGLESEY ABBEY AND ELY